A Memoir Of Food, Love, And Manic Depression 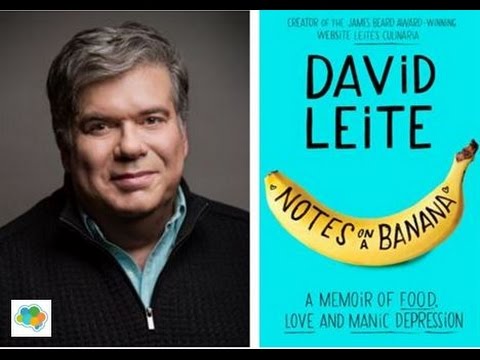 Listen to a very intimate presentation with our guest, David Leite. David has tackled everything from chocolate chip cookies to Welsh cakes, from the foods of Portugal to the tribulations of being a super taster—for print, radio, and television. In 1999, he founded the website Leite’s Culinaria, and in 2006 he had the distinction of being the first winner ever of a James Beard Award for a website, a feat he repeated in 2007. The following year, he won his third James Beard Award for his article on fried clams for the New York Times. His first book, THE NEW PORTUGUESE TABLE: Exciting Flavors from Europe’s Western Coast, explored the food of his heritage and won the 2010 IACP First Book/Julia Child Award. David is also a regular correspondent and guest host on NPR’s “The Splendid Table.” He splits his time between Connecticut and New York, but will travel anywhere for a good meal.

In this webinar, David discusses his life long love affair with food, his struggles with bipolar disorder, and his latest book Notes on a Banana.