A More Nuanced View Of Hypomania 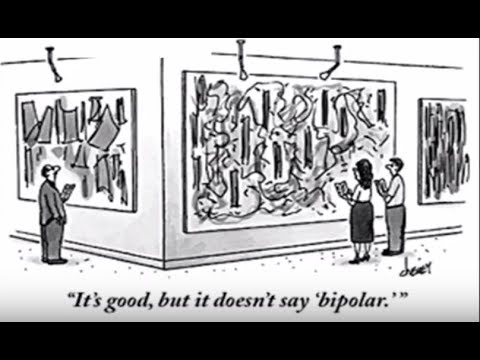 Dr. Phelps will discuss a view of bipolar disorder that is increasingly accepted among mood specialists: rather than “does he/she have bipolar disorder?”, the better question is “how bipolar is he?” or “ How much bipolarity does she have?”  The yes/no approach to bipolar diagnosis that has dominated psychiatry for decades is finally giving way to a more nuanced concept of bipolarity. Depression is a common ingredient across the spectrumof mood disorders: but between Major Depression and clear-cut Bipolar Disorder, there are many people who clearly have something more than plain unipolar depression. They might have a family member with Bipolar I; or highly recurrent depressions; or an obvious post-partum depression; or, commonly, a very negative reaction to an antidepressants. But in the official rule-book of diagnosis, the DSM, they can’t have “Bipolar Disorder” unless they have had hypomania or mania. So, how subtle can hypomania be? How little can one have and still be “bipolar?”  Does it matter, in terms of treatment? (For many people, you bet it does…).

Check out the rest of our webinars on our playlist here.

James Phelps, M.D. has specialized in bipolar spectrum variations for over 15 years. He has authored multiple peer-reviewed articles on mood disorders, and serves as Bipolar section editor for Psychiatric Times. His no-profit website, PsychEducation.org, focuses on complex bipolar variations; it has received over a million visitors. He accepts no honoraria from pharmaceutical companies, but does receive royalties from McGraw-Hill and W.W. Norton for books on the bipolar spectrum. A Spectrum Approach to Mood Disorders, 2016 from Norton, is for professionals; Bipolar, Not So Much , also 2016 from Norton, is for patients and families.
Dr. Phelps received his M.D. from Case Western Reserve University, and completed his residency in psychiatry and a fellowship in medical education at the University of New Mexico. Current work focuses on primary care psychiatric consultation.