ON THE FRONTLINES: Surviving the Trenches and Onto A New Mission To Combat Stigma 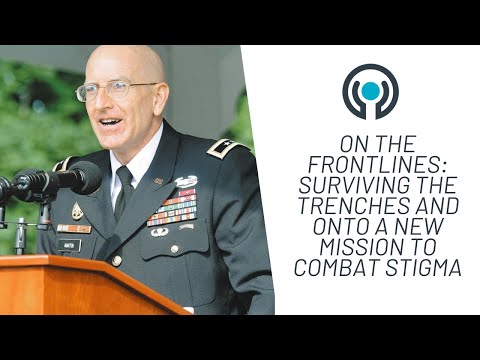 Retired Major General Gregg F. Martin joins us to share his battle with bipolar disorder and his new mission to combat stigma! In 2003, Martin commanded a combat engineer brigade during the Iraq war, and the intense stress of combat triggered the genetic predisposition for bipolar and sent him into his first manic episode. After his deployment, he fell into depression, marking his first up-down cycle. For a decade, these swings of mania and depression continued, going undetected, undiagnosed, and unknown by him or anyone around him. It wasn’t until 2011, during an intense period of mania, that he was resigned from his role as President at the National Defense University and began receiving help. With treatment and support from his family, friends, and an in-patient stay at the VA Hospital, Martin has found a new mission in combatting mental health stigma to save lives.
‘
Gregg Martin is a 36-year Army combat veteran, retired 2-star general, and bipolar survivor. He is a qualified Airborne-Ranger-Engineer and Strategist. He holds a Ph.D. and two masters degrees from MIT, and a bachelors degree from West Point. He is a father of three sons, author, and speaker who lives with his wife in Cocoa Beach. His forthcoming book is entitled “Battling bipolar — my war with mental illness.” For more information, visit www.generalgreggmartin.com
QUICKLINKSQUICKLINKS
Translate »