Back to The Basics: Bipolar Disorder 101 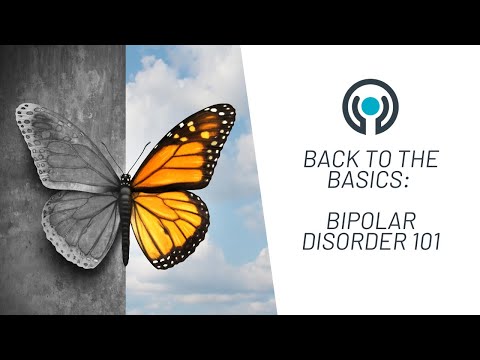 New Rochelle, NY psychiatrist, Dr. Candida Fink, MD is a board certified child and adolescent psychiatrist who specializes in several areas including mood and anxiety disorders and dual diagnoses of developmental disabilities and mental illness. She treats children, teens, and young adults with a range of concerns including  ADHD, anxiety disorders, OCD, autism, pediatric mood disorders, and mental health issues in school settings.

Dr. Fink has co-authored two books – The Ups and Downs of Raising a Bipolar Child (with Judith Lederman, Simon and Schuster, 2003) and Bipolar Disorder for Dummies (with Joe Kraynak, John Wiley & Sons, 2005, third edition 2015). She has been featured nationally and locally in broadcast, print, and online media coverage and is a frequent speaker on mental health topics for community and school-based audiences. She was recognized as a Top Doctor in Westchester Magazine in the November 2013, 2014, 2015, and 2016 issues.

A board certified practitioner in general, child and adolescent psychiatry, Dr. Fink has practiced privately in Massachusetts, Arizona and Nevada, and currently lives and practices in New Rochelle, New York. Her clinical background includes a wide range of consulting and staff positions, including posts as the Acting Director of the autism team at the Developmental Evaluation Center at Children’s Hospital in Boston, MA; as the Director of ECT Services at the Good Samaritan Regional Medical Center in Phoenix, AZ; as the creator and Medical Director of a dual diagnosis unit for adolescents with mental health and developmental challenges in Phoenix, AZ; as Medical Director of the child and adolescent unit at West Hills Hospital in Reno, NV; and as Medical Director of the adolescent unit at New York Presbyterian Hospital, White Plains, NY. In these posts and others Dr. Fink’s work has extended from child to adult populations, including psychopharmacology; individual and family therapy and coaching; teaching and supervision of medical students, residents and fellows; inpatient and outpatient care; consultation to schools and preschools; treating children with developmental disabilities, fetal alcohol exposure, and behavioral disabilities; early childhood mental health; and more.

Dr. Fink is a veteran of the military, proudly serving in the US Army Medical Corp through the Massachusetts National Guard and the Federal National Reserves from 1985 to 1993.  She received an honorable discharge at the rank of Captain.

Dr. Fink is a member of the American Academy of Child and Adolescent Psychiatry, and the American Psychiatric Association The Ups and Downs of Raising a Bipolar Child was recognized by the New York chapter of the National Association of Mental Illness as contributing significantly to greater understanding of mental illness in the community.

Learn more about Dr. Fink’s work at her website.